Nigerian artist, DJ CUPPY has gotten an official welcome from Manchester United after she incited that she has an interest in them.

The artist shared that if Ighalo scored in yesterday’s game she would become a Manchester United fan.

Cuppy left her initial team, Arsenal FC, after experiencing many losses with the team. Manchester, after the game, went further to welcome her to the team. 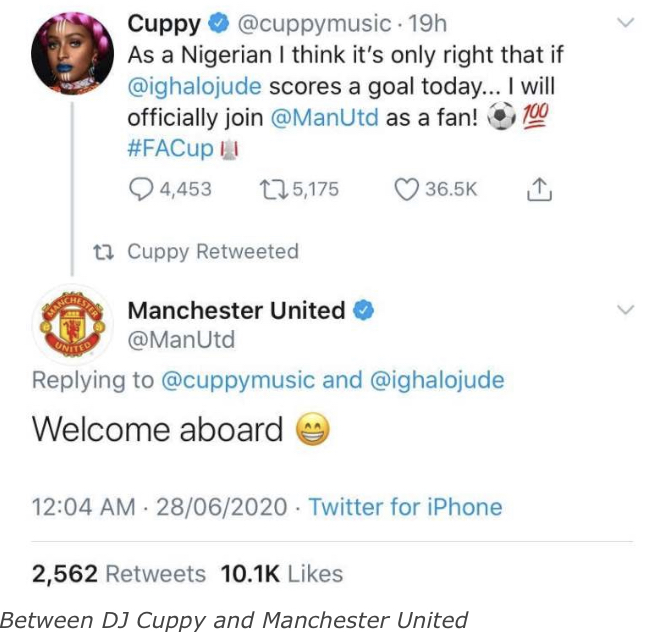