Oshiomhole Kneels Down To Beg Benin Council Of Chiefs

Igbere TV reports that Oshiomhole, a former governor of Edo state, tendered the apology on Sunday at a meeting of Enigies (traditional rulers) in Benin Kingdom with the APC candidate, Pastor Osagie Ize-Iyamu.

He criticised Governor Obaseki, his estranged predecessor and benefactor, for allegedly abandoning the projects his administration initiated and for “frittering away the trust and resources of the state on ineffectual consultancies and MOUs.” 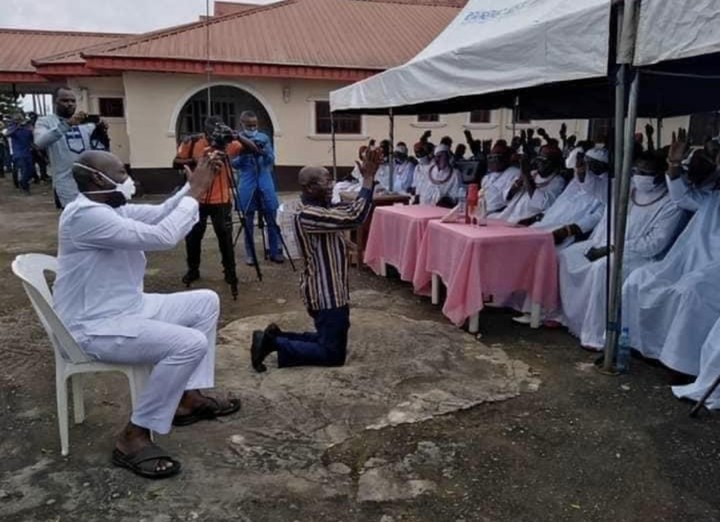 He promised to reverse the said failures and run an inclusive government that will bring needed developments to the grassroots “through a respectful partnership with the traditional rulers who are well-versed on local infrastructural needs.”

His Royal Highness, Edomwonyi Iduozee Ogiegbean, who spoke on behalf of the Enigies expressed their non-partisanship and gave him their blessings for his governorship bid.