Ahead of the September 19, 2020 gover­norship election in Edo State, the hope of a former deputy governor of the state, Pius Odubu; a former Minister of State for Works, Engr. Chris Ogiemwonyi, and Maj.-Gen. Charles Airhiavbere (rtd.) to become the governorship candidate of the All Progressives Congress (APC) appears to have been dashed as the party prepares for the governorship primary slated for next month.

It would be recalled that a mock primary was organised by the four aspirants few days ago to select a consensus candidate who will face incumbent governor, Godwin Obaseki, in the primary.

However, thugs allegedly sponsored by one of the hopefuls invaded the venue and dispersed those in attendance while the voting exercise was going on.

According to our source, having realised that the aspirants had failed to agree among themselves on who becomes the consensus candidate, Oshiomhole, who fa­cilitated Ize-Iyamu’s return to the APC, settled for his emergence and would likely face Obaseki at the primary billed to hold on June 22.

“As it stands, Pastor Osagie Ize-Iyamu is confirmed for Edo APC. Oshiomhole has already made up his mind on that.“Since he has given the four of them the privilege to pick a consensus candidate but they have failed to do so, with time ticking out, he has settled for Ize-Iyamu.

“Don’t forget that Oshiomhole masterminded his return to the APC despite the fact that the likes of Odubu, Ogiemwonyi, Airhiavbere, and others are strong candidates in their own right.“The earlier the other aspirant's queue behind Ize- Iyamu, the better for them”.“Based on Oshiomhole’s plans, I foresee a situation where Ize-Iyamu will emerge the candidate.

“At this stage, only President Muhammadu Buhari can change that because all the Abuja forces loyal to Oshiomhole have agreed on that,” the source revealed.Another party source said except President Buhari intervenes, Governor Obaseki may be walking a tightrope as Oshiomhole would use his position as national chairman to his advantage in selecting the candidate.

“The Oshiomhole camp will attempt to disqualify Obaseki at the screening level before the primaries.

“Don’t forget what happened in Kogi where many strong aspirants who were seen as threats to Governor Yahaya Bello were screened out,” he said.

Our correspondent also gathered that Governor Obaseki is already in Abuja and would meet President Buhari today on the controversy surrounding the mode of primary to be adopted by the party.While Edo APC led by Anselm Ojezua said it was adopting the indirect primary method, which involves only accredited delegates, the NWC, led by Oshiomhole, said it had adopted the direct primary option, which involves all card-carrying members of the party.

However, Governor Obaseki said as the chief security officer of the state, he was opposed to the idea of direct primary now because of the COVID-19 pandemic in the state.

The governor, who spoke through Crusoe Osagie, his Special Adviser on Media and Communication Strategy, said as an extremely popular candidate, he was not afraid of any mode of primary and would defeat any aspirant who slugged it out with him for the APC ticket.

According to him, gathering together over 500,000 party members in the name of primary may trigger the number of COVID-19 cases already in the state, a situation he said would put more lives at risk.

“The governor of Edo State and leader of the APC in the state, Governor Godwin Obaseki, is an extremely popular candidate who will defeat any aspirant that contests the party’s ticket in whatever means of the primary that is used.

“The question we should ask is, ‘Is direct primary the better alternative now in the midst of this COVID-19 pandemic?“Governor Obaseki, as a responsible citizen and chief security officer of Edo State, will not take any action that will put the health and safety of the good people of the state at risk. 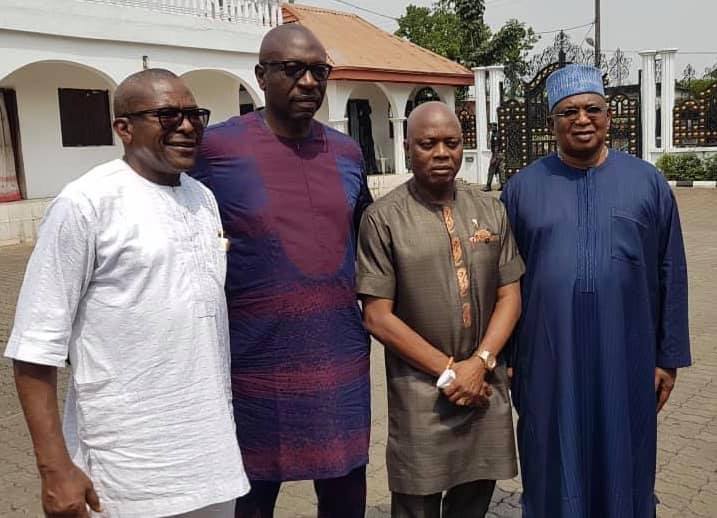 “That is why we are opposed to the idea of direct primary at this period,” Osagie said.Also speaking, Hon. Paul Ohonbamu, the Edo State Commissioner for Communication and Orientation, said it was erroneous for some people to claim that Governor Obaseki was unpopular which explains why he was opposed to the direct primary method.

According to him, it is unfair for Oshiomhole to preside over the selection of the par­ty’s governorship candidate, having publicly shown that he was desperate for Governor Obaseki not to be re-elected.He said: “The governor of Edo State is not afraid of direct primary. He is ready for any form of primary.

“The constitution allows for either direct, indirect, or consensus, which was used to bring Oshiomhole back for his second term.

“But this time, they are saying consensus is undemocratic but when it was used for Oshiomhole, it was not undemocratic.“Now that it is Obaseki’s turn, it becomes undemocratic. You can see how they are propagating two moralities.

“Few days ago, the NWC, led by Oshiomhole, said they had granted a waiver to Ize- Iyamu.

“However, the APC constitution said waiver can be granted subject to the approval of the National Executive Committee (NEC).

“The question now is, when did NEC meet to approve that waiver that was granted to Ize-Iyamu?“In 2018, the NEC of the party said the mode of primary will be determined by the state.

“I don’t see anywhere NEC has met again to change that position. But Oshiomhole is trying to force his position on the state.

“Aside from that, the general question in Edo right now is, how do you gather all the party members in the state together for primary, considering the dreaded coronavirus in this country and the need to observe social distancing?

“Other states are doing all they can to stem the tide of the virus and Edo shouldn’t be acting differently?”