PROFILE OF IFEDI OKWENNA THE ANAMBRA STATE GOVERNORSHIP ASPIRANT UNDER THE UMBRELLA OF PEOPLE’S DEMOCRATIC PARTY(PDP).

Ifedi Okwenna is a man of many parts, his forte traverses’ education, consultancy, politics, administration, high-tech security management, leadership training, philanthropy, and more. Due to the quality of impact, his interventions have recorded in these diverse areas, he has attracted both national, regional, and international awards. He was a former Special Assistant (Political) in the government of President Olusegun Obasanjo and former Commissioner for Environment and Mineral Resources; Commissioner Science and Technology, under the Peter Obi-led administration in Anambra State and Secretary, Honorary Advisory Committee, to President Jonathan between 2012 and 2014.

He was born on November 22, 1965, in Osumenyi, Nnewi South Local Government Area of Anambra State and attended Boys High School, Osumenyi. He sat for GCE in Class 4 and passed all his papers in 1983 and almost made a distinction in WASC Examination 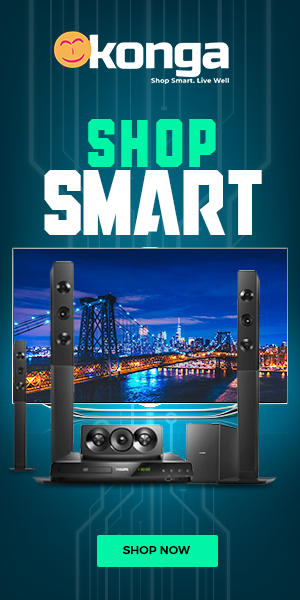 in 1984. Subsequently, he proceeded to the then College of Arts, Science and Technology (Now Federal Polytechnic) Oko, where he bagged a National Diploma (ND) in Civil Engineering in 1985 and later a diploma in Business Management from the Plateau School of Business and Management Studies. Looking ahead, he enrolled into the Anambra State University of Technology (Now Enugu State University of Science and Technology) earning a Bachelor of Science Degree (B.Sc Hons) in Applied Biological Science in 1987/88. He later went to the University of Lagos, University of Abuja, University of London, and Walden University United States for his advanced degrees. He is an Environment Advisor, a Public Policy expert, a Public Administrator, and a high-tech security management expert.

In addition to many academic degrees, Ifedi Okwenna currently holds the following fellowships::

a. Fellow of the Institute of Chartered Economics of Nigeria (FCE) 2007

b. Fellow of the Certified Institute of Public Administration of Ghana (FCIPA) 2007

d. Fellow of the Civilian Institute of Democratic Administration (FCIDA) 2006

He is a Paul Harris Fellow of the Rotary Club International 2008 and appeared in Nigeria Who is Who in Management Intelligence in 2008.

Ifedi Okwenna was Director-General of the African Integration Network for Development and Adviser/Consultant to Nigerian Senate on Environment 1999-2001. As the former, United Nations Development Programme (UNDP) Consultant, Ifedi Okwenna in 1995 designed the blueprint and action plan for the establishment of Anambra State Environmental Protection Agency (ANSEPA) out of then Anambra State Environmental Sanitation Authority (ASESA) and developed the Environmental Public Awareness Master Plan for Kaduna State. He also studied and published the State of Environment Report for Kaduna State 1997-1998. Between 1996-1997, he served as a member of the Technical Sub-Committee for Vison 2010 Programme and designed the Blue Print for Solid Waste Management in Nigeria as part of the Manifesto for Dr. Alex Ekwueme Presidential Campaign Organization (ALEPCO) in 1998.

Ifedi Okwenna served as Director, Center for Environmental Disaster Prevention and Aid (CEDPA) Abuja, and later Director, African Institute for Leadership Training and Development (AILTAD) between 2012 and 2014. He was Managing Director, Nigerian Royal Mail Newspaper from 2014 to 2015, the Director-General, Save Democracy Africa from 2014, and former Coordinating Secretary Southern Nigeria Peoples Assembly (SNPA) and Southern/Middlebelt Leaders Forum. He is a member of Aka-Ikenga and former Vice Chairman, League of Anambra Professionals (LAP) in FCT.

He is a director in a number of companies and his interest spans Real Estate Development; Export and Investment Promotions; Communication; Digital Transformation and Cybersecurity Management; and High-tech Security System Management.

The multiple awards winner with over 204 medals on his neck already, was in 2002 Initiated into the Prestigious Nze N’Ozo Osumenyi – the highest princely traditional Chieftaincy title and took the name Ezike Ugwumba. He has since then been conferred with five other Chieftaincy titles from parts of Anambra State. As a philanthropist, Ifedi Okwenna Organization has given scholarships to about 198 indigent students and specially gifted persons from across Nigeria. The Organization is funding a number of community development projects including the renovation of schools, building roads, and culverts.

Ifedi Okwenna is a devout Catholic Christian. He ascended Jerusalem, the holy city, and was made a Jerusalem Pilgrim (JP) in 2001. He is married with five lovely children.

Klimkid
Well, with his profile, i can really give him my vote. His profile looks good.
Reply
Cynthia chiamaka
Nice profile ,my vote counts
Reply