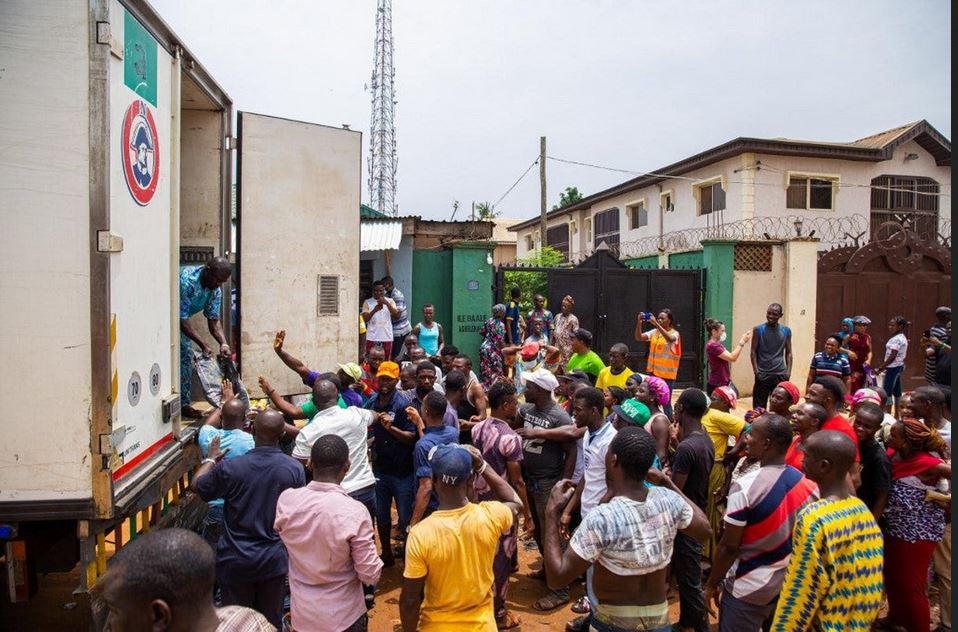 The deceased, Mrs. Florence Onuobodo arrived at the location, with others waiting to receive the palliatives, according to Vanguard.

A stampede erupted and others who were also struggling to gather food products trampled on her. During the stampede, four other women including a 91-year-old woman suffered varying degrees of injury.

Commenting on the incident, a counselor representing Elele, ward 4, at Ikwerre LGA Legislative Assembly, Emmanuel Amadi, denied the allegation that the process for sharing the palliatives was poorly managed. He said it was unfortunate that the deceased died at the University of Port Harcourt Teaching Hospital where she was rushed to.